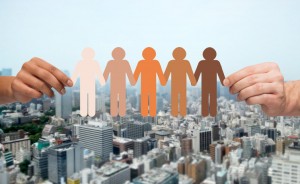 Much commentary in politics and the media refers to refugees as a problem or threat, without much acknowledgement of their suffering. A large study from Sweden published in the BMJ illustrates part of that human cost. It reported that refugees in Sweden were about twice as likely to experience schizophrenia and other psychoses compared to non-refugee migrants and three times as likely as native born Swedes.

As the article points out, Sweden grants more asylum applications per capita than any other high income country. It also has a system of linked registers, which provide anonymised data on individuals from multiple sources and make it possible to do detailed research on the health problems associated with immigration and refugee status. This study focused on schizophrenia.

It is well established that being an immigrant is a risk factor for schizophrenia. Schizophrenia affects around 1% of people in their lifetime and often results in lifelong social problems and a reduced life expectancy. A widely accepted model of schizophrenia is that each individual has a genetically determined degree of predisposition (the diathesis-stress model). This can result in illness when they are subjected to a particular level of stress.

The experience of migration and of living as part of a minority are thought to cause stress which results in more frequent cases of schizophrenia in these populations. The authors of this study wanted to know whether refugees, who have been given asylum on the basis of a “well founded fear of persecution” – and so by definition have experienced a lot of stress – show even higher frequency of schizophrenia than other migrants.

The study included a total of 1.3m people, of which 24,123 were refugees, 132,663 non-refugee migrants and the rest born in Sweden to two Swedish-born parents. The result was quite clear: the refugees had roughly double the incidence of schizophrenia in non-refugee migrants and triple the incidence found in the Swedish-born. This is very much what you would expect from the diathesis-stress model, and gives an indication of the lasting burden that the experience of having to flee creates for individuals.

The ratios sound large, but you have to keep in mind that they come from differences between fairly small numbers. There were, for example, 93 cases among the 24,000 refugees – so it doesn’t mean that there will be huge numbers of schizophrenics among refugees.

The period studied ended in 2011, and so predates the current wave of refugees from Syria, although the largest proportion did come from the Middle East, and it’s reasonable to expect a similar result among the latest refugees.

There are some differences when refugees of different origins are compared: the difference between refugees and non-refugee migrants is most pronounced in those of Eastern European and Russian origin, and absent in those of Sub-Saharan African origin where the incidence in both groups is particularly high. This may be due to conditions in the countries of origin, or to possibly different social reception in Sweden.

The study compares refugees with non-refugee migrants from similar origins, so the “refugee effect” is clearly not due to genetic differences between populations. It is possible that different populations also have differing distributions of genetic predisposition.

Although our understanding of the genetics of schizophrenia is advancing rapidly, we don’t have the ability to determine whether this is the case at the moment. We cannot directly compare incidence of mental illness across countries with widely different medical systems and customs. Of course, if we had a full understanding of genetic predisposition we could predict schizophrenia risk accurately from genetic data, but we are not that far advanced, especially for comparing different populations. But we can conclude that the Swedish study supports the idea that stress increases the risk of schizophrenia.