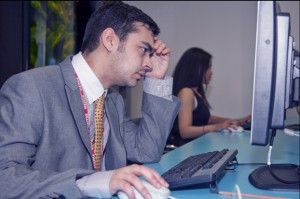 Mental illnesses such as schizophrenia and severe cases of bipolar disorder are major sources of disability. They are listed among the top 10 causes of disability worldwide, despite that each affects less than 1 percent of the overall population. The primary reason for this alarming statistic is the cognitive impairment as a result of the disease.

Medications for schizophrenia have been able to control psychotic symptoms such as delusions and hallucinations. In fact, 65 percent of people with schizophrenia who take their medications have lasting control of their symptoms, and treatment of recurrences of bipolar illness with lithium is similarly successful. However, these medications have side effects and do not help with the cognitive changes in attention, memory and problem solving that affect schizophrenia and bipolar patients.

The largest cost item for schizophrenia and bipolar disorder is not medications, doctor’s visits or hospitalization. It is the indirect cost of not being able to work and support oneself or a family because of cognitive changes.

Cognitive impairments lead to major problems in someone’s ability to work and live independently. Only 10 percent of people with schizophrenia are working full time. The numbers are a little better for bipolar disorder, where the unemployment rate is 60 percent, but this is still a major problem. In many cases, the mental illness leads to unemployment, which leads directly to homelessness for patients and their families.

In addition, people who are unemployed typically do not have access to quality health insurance or may not have the money to make a co-payment if they are insured. Thus, unemployment leads to other consequences, such as not being able to afford necessary medications.

Yet insurance companies — particularly in Florida — are often reluctant to pay for the services that can assist patients with getting and keeping jobs, instead focusing on relapse and readmission to hospitals.

It is important for the public to realize that people with schizophrenia and bipolar want and need to work. Any assistance that can be provided, such as employers partnering with organizations trying to increase employment opportunities, makes a huge difference in the lives of patients and their families.

Philip Harvey, Ph.D., is director of Psychology at UHealth – the University of Miami Health System.