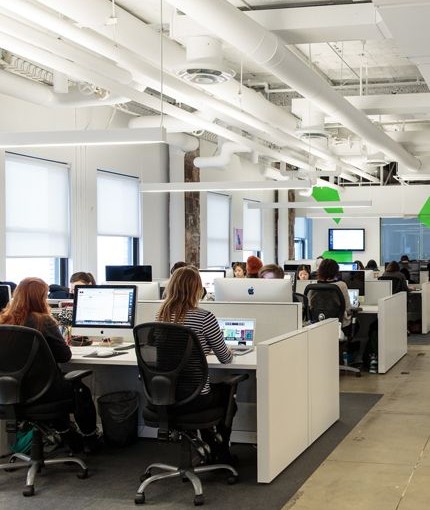 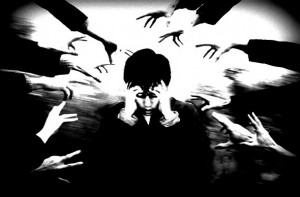 I am a woman with paranoid schizophrenia working in corporate America. Of the 25,000 people my company employs, I’ve never met anyone else with schizophrenia. Come to think of it, I’ve never met anyone else at my work with any kind of mental illness, and seeing as approximately 26% of Americans live with mental illness, I can only guess that corporate culture in this country is still stifling the fact that mental illness even exists, let alone how it affects people on a deep level in its own offices.

I personally know two people with schizophrenia and two with schizoaffective disorder (a schizo-type mood disorder — something like a cross between bipolar disorder and schizophrenia). One of the people with schizophrenia I know is my uncle. He hasn’t worked a job since his “nervous breakdown” (that was what my family called it at the time, back when schizophrenia or any other kind of serious mental illness was taboo) somewhere around 1995. I remember standing at the doorway of his apartment with my aunt, his then-wife, watching him talk to someone I couldn’t see. I figured he was just talking to himself — I do that all the time — and didn’t think much of it. The look on my aunt’s face, however, told a very different story.

It was unfortunate for him that his wife eventually left him, because living with schizophrenia is hard enough without having to deal with the regret of failure that indubitably comes along with divorce. When I was diagnosed with paranoid schizophrenia, my father told me that my uncle had been hospitalized more than once during that time. My father told me to never, ever, stop taking my medication. I didn’t listen, of course — why would I? — and that decision got me hospitalized, too.

Just because I don’t know anyone with schizophrenia who works in corporate America doesn’t necessarily mean there aren’t any. But if there were many, I would think I would have met at least one at some point through my mental health advocacy.

I am also unique, because my all coworkers know I have schizophrenia. Considering I don’t know any of the other people affected by a mental illness at my job, it is likely there are a lot of mental health secrets being kept from management. Such is not the case with me, though.

My boss believes that making connections in an effort to build a circle of trust is what makes a great team. When he found out I was an author, he organized an impromptu conference-room book signing in an effort to build those connections. I was given the opportunity to talk about what made me want to write books. When I was asked about my interest in schizophrenia as it relates to one of my novels, Paper Souls, I told them the whole truth. I wasn’t going to lie about it.

The reaction is always the same. The room goes silent and people look at you as if you just said you killed somebody. But then they remember they are not supposed to stigmatize people with mental illness and their expressions soften. They nod and someone gives you a hug. “You are an amazing person,” somebody says. “I’m so sorry you’ve had to go through that.”

You would think that in the weeks, months, and years that follow an admission like that, people would treat you differently. They would give you special treatment and go out of their way to be kind to you, because you have a disability. Or maybe, they will fear you. But that’s not what happened, at least not with me. People go on with their lives. They don’t have schizophrenia, so what do they care — as long as you get your work done. People like me prefer it that way, I think. We’ve never wanted any kind of special treatment. We just want to be treated like everyone else. We just want to be treated like we didn’t actually kill somebody, because we didn’t.

That’s not to say life isn’t difficult for those of us lucky enough to escape the stigma in the corporate world (at least for a little while). I know that stigma is still very alive in many professional environments, because I have heard the stories from other advocates. I have been lucky enough not to face that at work.

Sitting at a desk surrounded by white walls while being expected to be normal is no easy task. It is quiet. Scary, sometimes. It is the perfect setting for a horror movie, really. Sitting in your gray cubicle with no sound except eager fingers banging away on keyboard after keyboard until a bloody monster with 300 teeth pops out at you and tells you to kill yourself — because if you don’t, he will kill you. It’s only one person with schizophrenia’s interpretation of the dopamine demon, but every person with schizophrenia gets it. A pressurized environment, packed tight with corporate stress, is a recipe for disaster in a person with schizophrenia’s mind. I live it every day.

There are things I’ve tried to do to make life easier on myself. I’ve attempted to take the dose of meds I’m supposed to take to live a somewhat normal life, but the medication they give people with schizophrenia is not designed to allow a person to wake up at 6 a.m. It is not designed to make a person work a specific shift. We need breaks. We need naps. The effects of the medication are similar to those of marijuana. It makes you tired and slower on the draw than the average person. Our brains aren’t slow; our reflexes are. Disorganized speech is a very real thing for those people with schizophrenia, medicated or not. We are paranoid about whether or not people notice. They know, we think. They know I hear voices.

Have you ever worked in corporate America? Do you think it would be acceptable if you sat in a conference room and watched a person stutter through a two-hour presentation in front of executive managers while looking behind their shoulder in fear? Do you think your boss would ever give that person a high-profile project again? Do you think you would ever get the opportunity to succeed again? Absolutely not.

This is my life. Am I stupid? Am I high? Am I not as good as the other people on my team? No. I have schizophrenia. I drink a lot of coffee to stay awake. My strengths are different than theirs, just as their weaknesses are different than mine. (I just had to ask my boyfriend what the opposite of strength is, because, anti-psychotic medication.)

I’ve tried to work with my doctor on what can be done, such as starting my shift two hours later or working a split shift, but that is not how corporate America works. It is a closed-minded environment that doesn’t allow for special circumstances. So, instead of collecting a disability check that no one would be able to live off of, I cut meds, like every other respectable person with schizophrenia, with a full-time job. I take about a third of what I’m supposed to take, which comes with the risk of a serious relapse I won’t be able to bounce back from. But we do what we have to. We all do, schizophrenia or not.

I don’t know what to do about my struggles as a person with schizophrenia working in corporate America, other than continue to struggle. I have a great job with great benefits that I need in order to survive financially in Los Angeles. Due to the weaknesses that come along with the illness and the debilitating medication, I don’t exceed the expectation like others — I barely meet it some days — but I do get by. My career will likely not go much further — I might even be fired — due to my issues connecting with people, focusing for long periods of time, and getting up early in the morning, but what do you do? Do I risk more stress with the threat of losing everything by plunging into the writing life, or do I just…try harder? It’s the age old question facing every 29-year-old, I think. What to do with my life?